What is Blockchain Technology?

It is certainly not the first, neither the last time, that the blockchain technology will attract our attention, and for a good reason: it is expected to revolutionize the way we interact with each other. How come?

The blockchain technology function is similar to one of the databases, as it can be programmed to store and track electronically any value on a computer system. Called Distributed Ledger Technology (DLT), this technology allows, as opposed to the classic ledger, to deal with a large amount of data at once by duplicating and distributing them across an entire network of computer systems.

One example of how this technology can be used today is Google Doc. The platform allows all party to have access to the same document, to visualize and modify it simultaneously. Like the blockchain technology, Google Doc creates trust in the data by focusing on decentralization and equally empowering each party.

How Does Blockchain Work?

As its name implies, a blockchain consists of a chain of multitude blocks storing transaction information. The blocks are linked together in a chronological way which eases the tracking system. Any change to particular information of a block would be translated through the creation of a new block to the chain, gathering all the necessary information to link it to its previous block. All participants of the ledger receive a record of that transaction with a unique cryptographic signature called an ‘hash’.

However, a block is added to the chain only after the ‘proof of work’. By using the consensus algorithm, the different computers of the network agree on the conformity of the block for it to be validated.  Thus, all participants can have access in real-time to the stored information and can be reassured of the legitimacy of the data as the entire networks confirmed its validity. 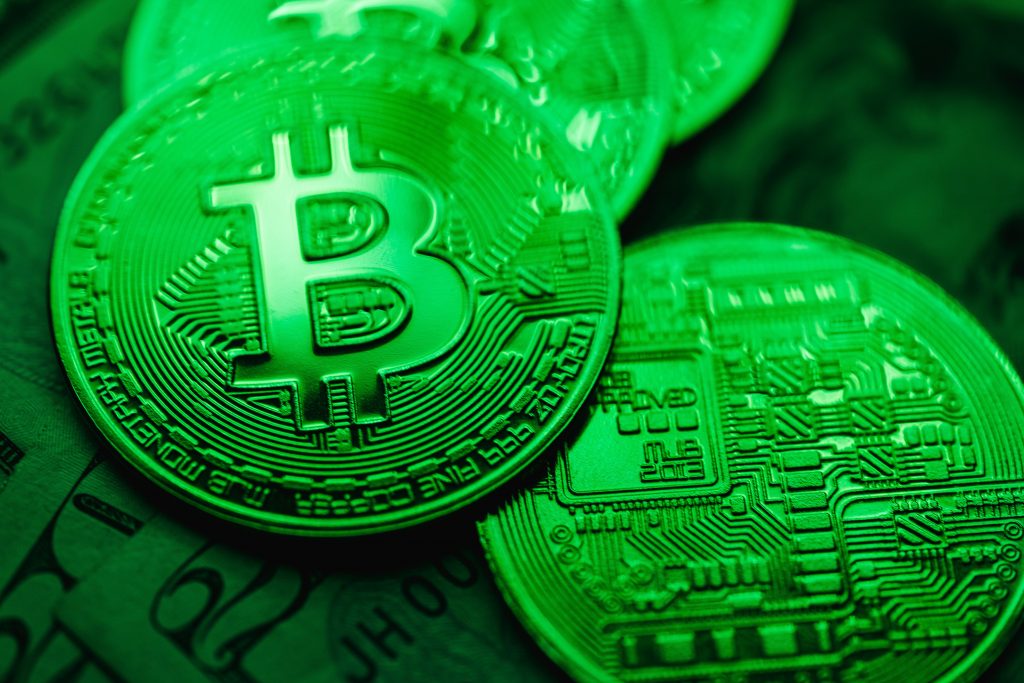 What is so Special About Blockchain?

Today the blockchain technology found applications in both financial and non-financial areas to safeguard online transaction of digital assets. According to a survey realized in 2019 by Deloitte over 1,386 senior executives in a dozen countries, 53% affirms that blockchain will be critical for their organizations in the upcoming years. The survey reveals as well that more sectors are expanding their blockchain activities such as Technology Media Telecommunication, Life Sciences & Health Care and Farming and supply chain (Deloitte, 2020). But why?

Blockchain technology’s main characteristic remains its network. Today, every transaction of value between two parties implies a third entity having total control, such as banks. Instead of having a centralized system and then copy the information to different parties, blockchain technology focuses on decentralization. The network verifies by consensus the proof of work of each block. Thus, helping to improve security and prevent fraud. Each participant is responsible for the reliability of the distributed data, which betters the accountability of the network and provides greater transparency.

Blockchain second main feature is the chronological sequence of its blocks. Thus, each time a block is added, the network of computers verifies its origin and authenticity. The blockchain gives access to every single transaction record making it easier to trace any previous transactions. In many industries, it could be used to better control supply chain activities.

Any business profitability relies on its ability to reduce its operating costs. Blockchain technology relies on peer-to-peer interaction, free of any intermediaries, which gets rid of unessential transaction expenses.

Having less intermediaries involved in transactions allows saving time by automating these processes. Thanks to its decentralization, blockchain removes the need to double-check different ledgers as data are recorded on a single shared record. Blockchain offers faster transactions compared to a traditional system.

To understand what is so special about the blockchain technology, it simply worths to remember the worldwide enthusiasm for the ‘Bitcoin’, when it has been named for the first time in 2008. The use of blockchain technology revolutionized the financial system by allowing a peer-to-peer version of digital currency to accept online financial interactions without the intermediary of financial institutions. Even though described as volatile, the Bitcoin value rose to a crescendo. Initially traded for $0,008 in 2010 (Investopedia, 2021), the price of one Bitcoin reached $1,124 in 2013, and in 2017 $20,000 (Statista, 2021). Despite the worldwide pandemic and the fear of the investors, the Bitcoin smashed its previous record on the 17 February 2021 by surpassing the $51,529. At the same time, the American multinational investment bank Morgan Stanley announced to be willing to invest a $150 billion in Bitcoin (Bloomberg, 2021). 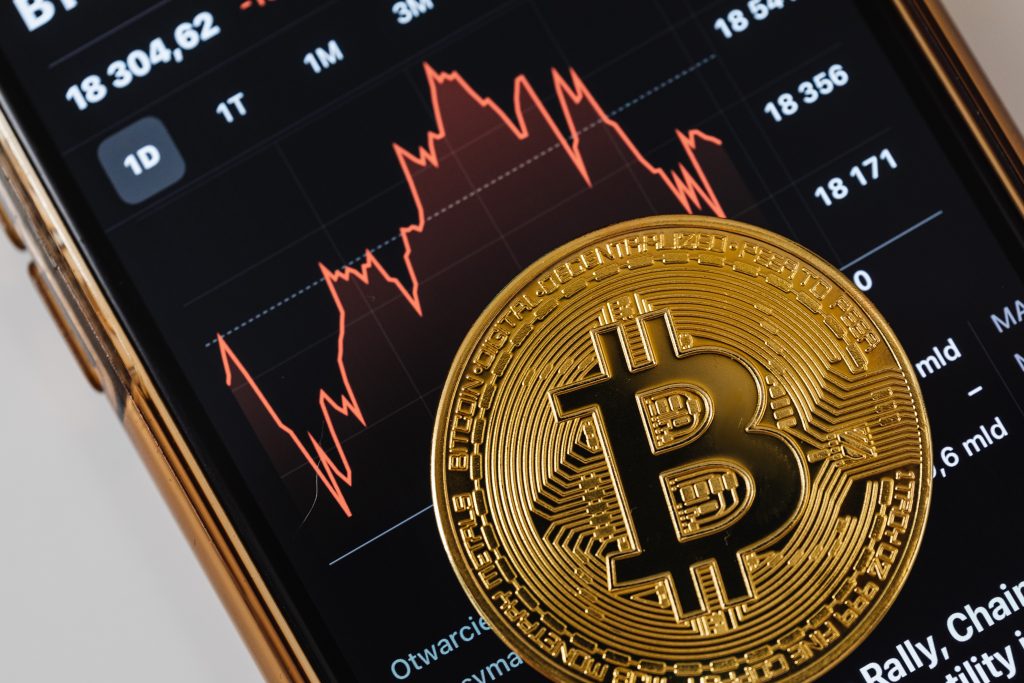 Blockchain technology could be used by a variety of sectors and for different purposes, such as enhancing the customer experience.

Blockchain technology can empower the marketing role, and therefore help to better understand real-time customer needs and wants. The instantaneous identity verification provided by this technology could aid to create a more targeted campaign by sending the right ads, to the right customer, at the right time. Today, customers are often asked to share their data to use some applications or to receive marketing information. With blockchain technology, customers could be the only owner of this information and use their digital signature as a key to unlock applications or opt-into viewing ads.

Blockchain technology can restore customer’s data management to their owner thanks to decentralization, and guarantee their accuracy by collecting them in real-time. Because all transactions and online behaviours could be tracked for each customer, marketers could have access to a stronger customer profile and allow true one-to-one interactions.

Blockchain technology can enhance how digital identity would be managed and used in a world where transactions do not rely any more upon physical documents. Today, travellers are required to prove their identity at every single stage of their journey while booking, boarding or check-in. Blockchain technology could simplify traveller’s life by creating a single traveller ID that gathers all relevant identification needed for travel, such as passports or photo ID, and which could be shared among the different organizations involved in the customer journey. Travellers could go to the hotel with already all their information recorded on the blockchain, thus reducing settlement timing and increasing the overall transparency. Once arrived at the hotel, guest booking could be verified by the hotel kiosk and the user’s smartphone synchronized with the hotel’s system. What if customers could choose their room preference directly on their phone?

First introduced in the financial sector with Bitcoin, blockchain cryptocurrency could ease customer payments thanks to smart contracts. On top of limiting financial transaction costs (credit card commission are around 2.5% of the amount charged (Hospitality Technology Next Generation, 2018)) and attracting potential new type of customers, using digital currency could faster the payment process, and enhance customer payment flexibility while guarantying full accountability. Smart contracts could automatically release funds to hotels or customers, based on booking cancellation policy, deposits or check-in/check-out.

Blockchain and Hotel Revenue Management: A Window Of New Opportunities

Today’s Revenue Manager responsibility is to optimize the hotel’s profitability by managing hotel distribution channels, such as Online Travel Agencies (O.T.A). While O.T.A represents an important marketplace to sell hotels’ inventory, such distribution channels have been questioned regarding unfair marketing tactics, and are mainly used by large hotel chains which can afford to pay between 10 to 30% of commission (Hotel Tech Report, 2020). The peer-to-peer blockchain technology could eliminate OTA needs and allow guests to directly book from hotels at lower costs for both parties. Through automation and distributed database, any smaller players on the market could have access to a larger network.

While some reports suggest that only 45.3% of memberships are active (SKIFT) and that millennials travellers have on average three different loyalty programs (PwC, 2016), the future of hotel loyalty programs is toward the creation of a coalition network where customer’s points can be earned and redeemed in real-time among different business partners. Blockchain technology can help to turn points into actual benefits by creating a single loyalty program platform where customers profiles are shared among the platform partners. Customers could convert in real-time their points into other point category and receive packaged offers across multiple partners.

The use of blockchain technology in revenue management can be applied through inventory management, demand management and pricing strategies. Indeed, thanks to its reliable network and distributive features, blockchain ledgers can provide real-time inventory and rooms availability data. A secured database can guarantee travellers to make purchasing decisions accordingly and guarantee pricing decisions based on a real-time demand level and market prices. 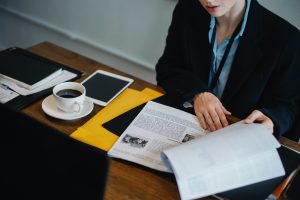 What Does an Investment Analyst Do In The Hospitality Industry?