This is an article from Catala Consulting

What is a Hotel Break-Even Analysis?

Knowing the relationship between revenue and expenses is the key element to understand the hotel business’s profitability. Whether when considering extending a business, to reopen a hotel or to manage daily hotel room rates, understanding how much does each room cost is crucial to determine a profitable selling price. Similarly, managers may wonder how many rooms do they need to sell to achieve their target profit, or to what extent the sale’s volume fluctuation may impact their profit level.

Adopting a “cost-volume-profit” approach, called as well the break-even analysis, can provide answers to those questions. The objective of this hotel break-even analysis is to identify the number of sales, in unit or monetary value, for which the total costs equal the total revenue. In other words, how many rooms does a hotel need to sell to cover its total costs? The break-even point (BEP) refers to the point from which all future sales contribute to generating profit.

The BEP can be calculated in sales by simply multiplying the BEP in-room per the average daily rate, or in occupancy percentage.

In everyday hotel affairs, different terms refer to cost classification. Costs can be classified according to their nature, related-department, identifiability or variability. The variability approach is used to realize a hotel break-even analysis with the break-even point referring to the threshold where the property operates at neither a loss nor gain. There are two types of cost: fixed and variable.

How to identify your fixed and variable costs?

Determining the proportion of each type of expenses is crucial to realize a hotel break-even analysis and identify future strategies. A cost structure primarily made of variable costs may have more stable costs per unit, and therefore stable sales. Whereas a cost structure mainly composed of fixed costs may more easily take advantages of the economy of scale and lower per-room costs. There are different methods to differentiate the fixed costs from the variable:

– High-low method: involves taking the highest sales of activity and the lowest, and comparing the level of their respective costs. The first step is to calculate the Variable Cost per room, and then proportionally apply it to the sold unit’s level to determine the variable and fixed costs.

This method is simple to use, however, as it uses only two data values it does not consider the variation of costs over different periods, as opposite as the scatter graph method.

–  Scatter graph method: This method considers all data points. The objective is to determine the equation Y (Total Costs) = (F) Fixed costs + (V (variable costs) * X (units)), by reporting all the data points on a graph, with Y-axis reflecting the total production costs and X-axis reflecting the level of activity. Using the equation at X = 0 allows determining the level of fixed costs. Then, adjusting the equation with the missing data enables to identify the variable costs:

The regression analysis method is similar to the scatter graph but instead uses a series of mathematical equations to determine more accurately the best fit of the line to the data points.

How to calculate your Break-even point?

Let’s take the example of an 87-rooms hotel which gathers 40% of single-room, sold at £75, and double-room at £90. The hotel operates 365 days per year and has 58% annual occupancy. To determine annual fixed cost, it is necessary to have a look on the Profit & Loss Statement.

1. Determine the fixed and variable costs

To calculate the hotel break-even point, the following information need to be identified:

The first step to determine the BEP is to calculate the average room rate by considering both single and double rooms rates.

The second step in calculating the BEP is to identify the contribution margin per room based on its variable cost, in other words, the portion of sales not consumed by variable costs which cover the fixed costs.

Therefore, each sold room will generate £54 after deduction of its variable costs. The BEP in-room can be calculated using the following formula:

To reach its BEP, the hotel will need to sell 4,548 room nights. To translate this number into an occupancy percentage, simply divide it by the Annual Room available.

A tool to justify an investment

A hotel break-even analysis can determine if an investment will generate a positive return, and more specifically which is the sale level required to generate the targeted return on investment. Let’s assume that the hotel wants to invest in a new renovation project of £1,000,000 with a return of investment of 12% after-tax deduction (30%).

To determine the required profit after tax, it is necessary first to calculate the gross required return.

This investment would be worthwhile if the generated sales can cover the fixed costs and the required return on investment:

Hence, to be able to generate the expected return on investment, the hotel will need to sell 9,698 room nights, or reach a 24.32% of occupancy.

Calculating the Margin of Safety allows to monitor if the hotel is on track to reach its goal. This indicator determines how safe is the hotel and the percentage of sales that it can afford to lose before to reach its break-even point. The smaller is the percentage, the riskier is the operation.

A tool for pricing strategy

Calculating the break-even point is useful for hotel managers to review their pricing strategy and to determine how will raising or lowering prices affect profitability. In this context, the hotel break-even analysis helps revenue managers to set their profitability point according to the demand level. For example, if the demand increases it might be possible to increase the price and reach the BEP sooner.

Similarly, the BEP can be used as a tool to assess the effectiveness and profitability of promotional pricing. If the hotel wishes to drop its price by 15%, this will reduce the contribution margin per room sold down to £41.

To achieve the break even the hotel needs now to sell more rooms to cover the same level of fixed costs.

A decrease of 15% of the selling price increased the sales target by 32%, 1442 units more than at full price.

Hence, by modelling price changes according to the demand level, this analysis can help to determine future strategies to guarantee short-term profitability. While the hotel break-even analysis remains a great tool to set target revenue or evaluate risks of investments, its BEP needs to be constantly updated as it can’t predict demand level changes.

If you would like help with any aspects of your hotel revenue management, hotel break-even analysis and profitability optimization, please don’t hesitate to contact us. Visit the Contact page to get in touch now.

We also offer a free revenue management audit on any topic of your choosing. We can review your current sales strategies and book a short call with you to discuss actionable improvements. 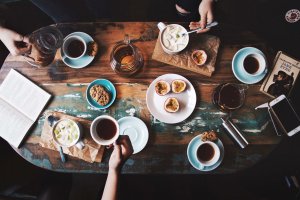 Menu Engineering: Everything You Need To Know

Learn More
Return to page.
We use cookies to ensure that we give you the best experience on our website. If you continue to use this site we will assume that you are happy with it.OkPrivacy policy