Skip to content
Contents
1. Background: What Caused the Collapse of Thomas Cook?
2. What does the Collapse of Thomas Cook mean for the Travel Industry?
2.1. A Concern for Tourist Attractions
2.2. Making Travel Plans
2.3. Hoteliers Are Concerned
2.4. Government Are Worried
2.5. Losing Jobs
3. Closing Thoughts
3.1. Share This Article to Your Network:

Just about a week ago, the United Kingdom’s biggest and one of the oldest travel agencies in the world, dating back about 175-years, just collapsed out of the blue. And to say that this collapse will have a rippling effect on the travel industry around the globe is a huge understatement.

The statistics of this company were absolutely spectacular. The stocks were at $140 a share, the company was making $15 billion worth of sales annually and secured a whopping 19 million customers per year. These are the statistics before the collapse, however, we have some for after as well.

The collapse of Thomas Cook came after the company’s stocked dived below a mere $2 per share just two weeks prior to the incident. The collapse put 21,000 people worldwide out of jobs and leftover 600,000 stranded mid vacation.

Background: What Caused the Collapse of Thomas Cook?

Over the past two decades, the company has continued to face more and more financial problems as the cost of international travel slowly became cheaper and cheaper. This was a slow and painful death for the company, but the major blow came in the form of Brexit. The company was reportedly found saying that UK based travel agencies had lost the trust element of their consumers after England left the EU. And, because of this, the company faced a £1.5 billion loss in just six mere months.

However, things started looking better for the company, after a Chinese firm Fosun decided to invest £900 million in the company as a rescue deal to save the organization from bankrupt. Fosun proved to be a life-saver for the company. However, Thomas Cook would ask for further investments from Fosun and request another £200 million. But, this wouldn’t sit well with Fosun as they were already sceptical about investing this much money in a venture, that was already in their minds, deteriorating.

So, even if there was some strand of hope for Thomas Cook to survive after the £1.1 billion investment, Fosun crushed it by pulling their support.

What does the Collapse of Thomas Cook mean for the Travel Industry?

Thomas Cook was dealing with the majority of tourism accommodations globally. However, with their collapse, the lives of a lot of people are about to get a lot tougher. Let’s get into a little bit of detail regarding how exactly Thomas Cook’s demise will affect different fields worldwide.

A Concern for Tourist Attractions

To understand the severity of the issues Thomas Cook could have, it is first important to clarify how important its contributions were to the hospitality industry. This year, 1.3 million passengers travelled to Spain via Thomas Cook Airlines. This number may seem huge, but it doesn’t even include the 1.6 million from Condor Airlines, a firm that Thomas Cook holds a 49% stake in.

The Turkish are also deeply concerned about the collapse as Turkey’s Hoteliers Federation reported that the country will miss out on 700,000 tourists this year. Apart from that, if you look at a smaller scale, Thomas Cook still owes local hotels in Turkey several hundreds of thousands of pounds.

Another area that could be hit deeply would be Goa, one of India’s most popular tourist attractions. To say that Goa was the backbone of tourism in India wouldn’t really be an over-exaggeration. And, then, to further say that Thomas Cook was the backbone of tourism in Goa would also be a pretty accurate description of the situation. The agency was garnering an amazing 2,000 tourists per week for Goa and with Thomas Cook gone, those 2,000 now have to search for alternative options.

Apart from that, the Caribbean will also be deeply affected by this collapse. Kelly Fontenelle-Clarke, a Caribbean travel consultant claimed that the company paid a major contribution to the travel industry within the region.

This is just the tip of the iceberg. The ripple effect as we stated above, will carry on throughout the globe and the fallout of this will cost companies billions.

The most major issue that Thomas Cook customers are facing right now is that their deposits are stuck. A lot of clients that were making plans and had already submitted their deposit for their vacation are now out luck with thousands of pounds minus from their bank accounts.

However, even the people that were planning on signing up with Thomas Cook will now have to find alternative and much less convenient alternatives. It won’t be as easy to travel as it was before, this we can say for sure.

England is currently planning on finding an alternative to Thomas Cook and reroute flights to other travel agencies in the meantime, but it will take some time for a competitor to rise up and take the place of Thomas Cook.

Hotels are one of the top organizations that benefit from a travel agency. Partnerships with a reliable travel agency could potentially stabilize a faltering hotel. However, with Thomas Cook gone, a lot of hotel franchises that had the agency as their number one source of clients are now left empty-handed. They’ll eventually find new agencies to partner up with, however, one thing can be said for sure, it won’t be easy for them to find a replacement for Thomas Cook.

There’s another side of this story as well. As we hinted earlier, right as Thomas Cook went underground, it had several hundreds of thousands of clients in the middle of their vacation. However, most of the dues to their respective hotels were still left to be cleared. The situation right now is that Thomas Cook, a company that doesn’t exist anymore, owes hotels a ton of money. And, as you can guess from the situation of the hotels, it isn’t really possible to get money from a company that doesn’t even exist.

The loss hotels will have to face because of Thomas Cook aren’t too extensive if you look at it individually. They’re about a couple hundred thousand per hotel and any reputable firm can easily come back from that. However, this is just a loss. The real loss will come in the form of loss of profit very soon.

Yup, this is exactly how big Thomas Cook was. The firm collapsing is not only affecting privately owned hotels and institutions, but it also has its effect on entire countries as well. For developed countries with a stable economy, this loss in tourism may not be that big of a loss. However, if we’re looking at some third world countries, tourism owes to a lot of that’s the company’s economy.

For example, a country like the Gambia qualifies as a low-income country. And, according to UNCTAD, tourism accounted for 20% of their country’s economy. What would happen if all that instantly went away? The country would become even poorer and this is exactly what happens to Thomas Cook. This scenario isn’t just happening in The Gambia, but it is happening in similar places all over the globe. And, there’s no other way to put it, the governments are concerned.

Whenever any company collapses, there’s also collateral damage in the form of employees that are now unemployed. This is common for any shutdown or acquisition. As we said earlier, Thomas Cook’s collapse left 21,000 people worldwide directly unemployed. However, the number doesn’t stop here.

Like we said above, there are countries that have a huge chunk of their economy coming from tourism. Such countries have millions associated with the travel industry. In Spain, tourism owes to 14.6% of the economy and 14.7% of all jobs in the country are directly or indirectly linked to tourism. One out of every seven euros in the country comes from tourism. Now, consider the severity of the drop of these numbers when Thomas Cook, the top tourist provider of the country suddenly goes out of business? Thousands become unemployed and millions start operating at a loss as their business deteriorates.

The fall of Thomas Cook was inevitable right after they rejected the deal from the Chinese firm. However, the situation never seemed to improve for them. It was all a quick downward spiral for the company. The ripple effect we’ve mentioned is now slowly picking up speed and in a couple of weeks from now, it will be even more severe. So, if you have any travel plans in the next month or so, we suggest you to be careful. Life without Thomas Cook isn’t as easy as it was before! 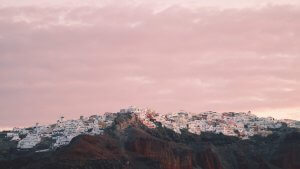 Negative Flow-Through, what is it, and how do we measure it?